Glen Shiel, English military road, site of the Battle of Glen Shiel, 1719. This is a remnant of the Fort Augustus to Bernera Barracks Military Road built by Major William Caulfield. Fort Augustus is at the southwest end of Loch Ness and the Bernera Barracks is 43 miles to the west on the shore of Kyle Rhea between the mainland and the Isle of Skye. Construction on the Bernera Barracks began in 1719 after the Battle of Glen Shiel to secure the crossing of English troops to the Isle of Skye. The barracks housed up to 200 English Hanoverian (Hanover claim to the throne) troops fighting the Jacobites (Stuart claim to the throne). Initial plans for the road were drawn up in 1746 by Daniel Paterson. However, Caulfield didn't begin construction on the road until 1755, long after the 1719 Battle of Glen Shiel. The road was finished in 1763, but the Bernera Barracks had become militarily irrelevant and troop numbers reduced there some years before the end of the Jacobite resistance at the Battle of Culloden (near Inverness) in 1746. The barracks were abandoned by 1797 and reports from 1791-99 indicate the road at that time had also been abandoned by the military for several years and had fallen into disrepair. 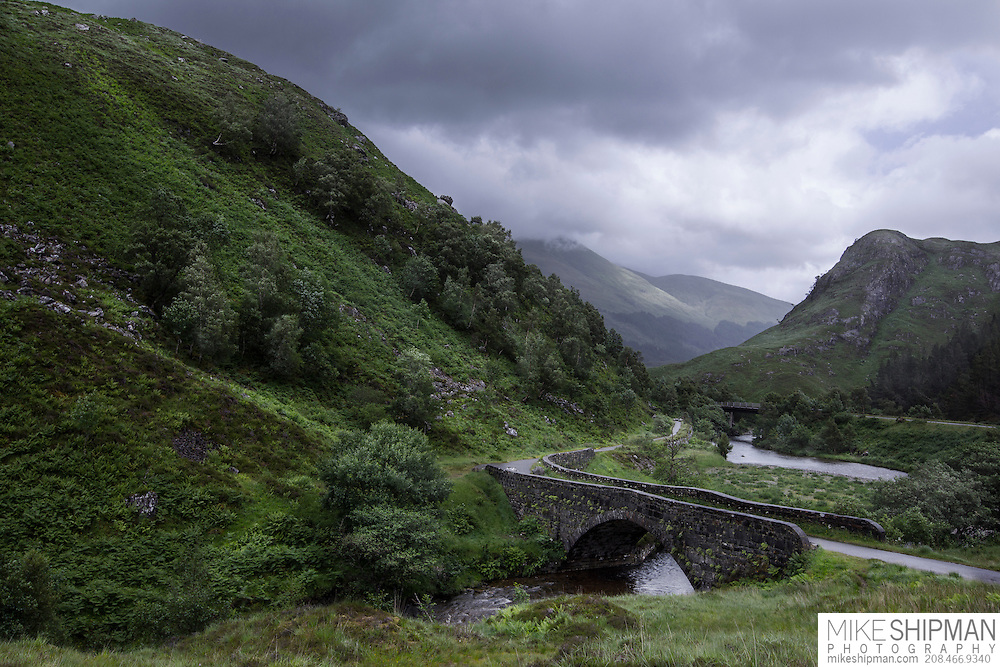